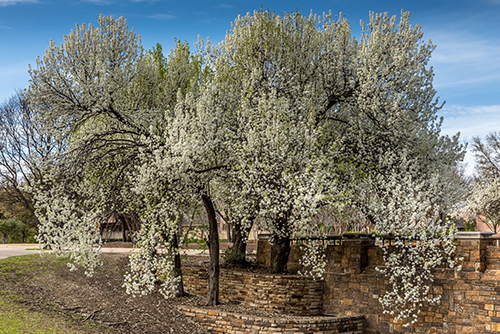 Avoid planting a messy, invasive, and potentially deadly tree on your property. Knowing the less than desirable traits of the Bradford pear will help you avoid growing this tree species.

nannenarboretum.org gathered the following information on the growing habits and poor qualities of the Bradford pear species (Pyrus calleryana). 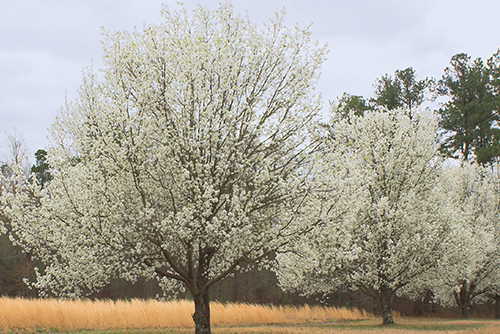 Mature Size – This fast-growing tree species reaches 20 to 40 feet in height with a spread of 20 to 30 feet.
Flower – Bradford pears will bloom any time between February and May, producing stinky white or pink flowers with 5 petals and grouped in large clusters.
Fruit – Produced late in the year, the tree’s little berries (pomes) are the Bradford Pear’s fruit and are considered by most to be inedible by humans.
Lifespan – This tree is relatively short-lived, only reaching 15 to 25 years.
Hardiness Zone – This ornamental pear tree grows in U.S. Department of Agriculture plant hardiness zones 5 through 9.

Species Identification – They can grow up to 40 feet tall, and the Bradford pear can be dangerous because of its weak branch structure, which means that the trees often break apart within 20 years, as former Tribune-Times columnist Durant Ashmore has reported.

Structural Problems – The first noticeable thing wrong with a Bradford pear is its structure. These trees have huge heavy limbs that radiate out from one point. That makes the tree exceptionally weak and prone to breakage once mature. When severe weather, snow, or ice occur, these trees readily come apart.

Invasive Growth Habits – It has, like so many other apparently innocent species, escaped from residential and commercial land and has been designated as invasive in over half of U.S. states. This tree invades natural habitats and easily out-competes valuable native species for water and nutrients, starving its competition.

Environmental Issues – Bradford pears don’t pollinate among themselves, but this promiscuous tree species likes to pollinate with multiple other pear species. This leads to significant environmental problems like cross-pollination, which has resulted in pear trees having proliferated exponentially across the environment.

Note: This crossbreeding has resulted in an explosion in Chinese Callery pears (Bradford), which have long, thick thorns that can’t be mowed down by traditional tractors and can quickly choke out native tree species much the same way as kudzu.

Obnoxious Odor – The tree’s stench is often compared to rotting fish, urine, and other pungent bodily fluids. In some regions, that odor (emitting from the delicate, white, or pink flowers) is one of the first signs that spring has arrived. 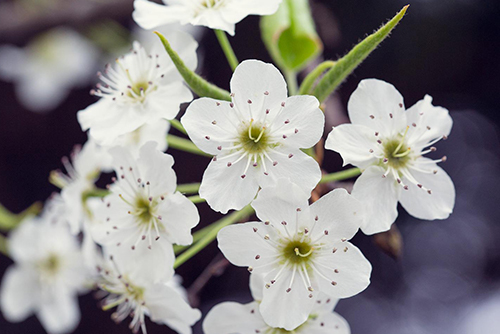 A Poisonous Tree – Pyrus calleryana seeds are considered mildly poisonous or noxious to humans. When ground and ingested in large quantities, glycosides in the tree’s seeds mix with stomach acid to form cyanide.

Should I Remove My Bradford Pear Tree?

Ultimately, the best way to deal with the mess and hazards of a Bradford Pear is to remove it, and the next best thing you can do is never choose to plant one. There are several native alternatives that are more magnificent, healthier for your ecosystem, and more beneficial for everyone.

Is Bradford Pear a Good Firewood?

Bradford Pear firewood is actually a great firewood choice and a fitting end for such a troublesome tree species. Although many have mixed opinions about the species, most will agree that its firewood is excellent. The wood is dense, heavy, and clean-burning once it’s dry, making it a welcome addition to any woodpile.

In this article, you discovered several traits that make the Bradford pear tree species (Pyrus calleryana) a poor choice for your yard, landscape, and surrounding environment.

Knowing the disadvantages, problems, and challenges of planting a Bradford pear should guide you to planting a more environmentally friendly tree species.

Ignoring the risks of planting and maintaining a Bradford pear tree on your property can result in severe personal injury, costly structural damages, raised or broken sidewalks and driveways, and the suffocation of other nearby tree, shrub, and plant species.